From the East, House of Light,
May wisdom dawn in us
So we may see all things in clarity.

From the North, House of Night,
May wisdom ripen in us
So we may know all from within.

From the West, House of Transformation,
May wisdom be transformed into ri

About the Synchronic Codes

The Earth is shifting frequency, its motion, patterns and the movement of its energy flow. We are coming into a New Time and for this we must bring to consciousness a new presence of mind,...

We are being evolved into a new evolutionary type referred to as the Earth Wizard. According to the Law of Time, the formulation that governs everything is T(E) = Art: Energy factored by Time equals Art. Earth Wizards are involved in the process of t

This exercise can be done by anyone, alone or preferably in a group (from Manifesto for the Noosphere).

Be ye renewed by the renewing of the mind. —Jesus

Everything one has done to develop the “sixth sense” of intuition while on earth helps one after death. Since it is the degree of realization and the amount of virtue one has expressed on earth that

The tools left to us by the Galactic Maya contain the codes to begin consciously activating the noosphere.

Global synchronized meditations are one way to help activate the noosphere. Daily practice of the 13 Moon calendar is the most practical form o

The psi bank is the telepathic switchboard of the noosph

The first step to thinking noospherically is to disengage from that which disempowers you, as well as the opinions of others.

Begin to observe where your thoughts come from. Most people recycle the same thoughts over and over. Watch your mind.

“Considering Earth as a whole system, we must now take responsibility for the thoughts we create that charge the mental field or thinking layer of the Earth with the actual causes for everything that ails us and the planet today. Not only must we ta 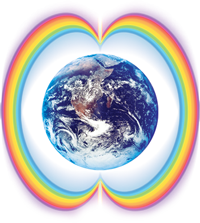 The purpose of the Noosphere II experiment is to stabilize the polar magnetic fields and offset the worst effects of pole shift. At the peak moment, when the sun sends a great plasmic cloud to Earth, the telepathic effort must be made by a totally f

All of the codes of the synchronic order were received through GM108X: Galactic Mayan Mind transmission (see CHC Vol. 2 and Time, Synchronicity and Calendar Change: the Visionary Life of José Argüelles).

The GM108X lineage transmission is unique on t

Presently human thinking is no different from that of a computer. The average human is a composite of unconsciously orchestrated conditioned reflexes—chains of analphs set to shoot off on cue, according to primitive binary on/off intelligence. These

As shown in the table, each year of the 13 Moon calendar is coded by one of four year-bearers: Wizard, Storm, Seed and Moon. The year always starts on 26 July (Magnetic 1) and completes on 24 July (Cosmic 28), with the Day out of Time being 25 July.

The Earth is shifting frequency, its motion, patterns and the movement of its energy flow.

We are coming into a New Time and for this we must bring to consciousness a new presence of mind, through the cultivation of the inner dimension of time. This

The answer to this question has everything to do