I am betting that the majority of visitors to this site are outsiders, disatisfied with the state of the world as it is, and looking for an alternative vision, something that makes sense in a non-sensical world.What I wonder is how many visitors have actually dropped the Gregorian mind set?I can only look from within my own experience and say that this path is a lonely one, that stepping outside of consensus reality is not supported. Living the 13 Moon way will not bring you money, nor will it bring you happiness or peace, it may in fact bring you exactly the opposite.So why bother?Again, speaking from my own experience, it seems to be the only way I can live in this world with any integrity. I have to live in the technosphere, but I do not have to be driven by its ceaseless momentum. I may be one of the lemmings headed for the cliff, but at least I can delay the plunge by stopping every so often to smell the flowers.
Read more…

In the early days of the Dreamspell a huge debate arose around the long count calendar vs the Dreamspell, and many  'experts' emerged to trumpet their views, not realizing that the 13 moon peace plan calendar was not a calendar at all but a synchronometer.

So I'm hoping the the galactic space book crowd does not get caught up in the same confusion. Try thinking of the synchronometer as a measuring device to track synchronicity on at least three dimensions (3, 4 and 5) and use it to stretch your mind and free you from the Gregorian entrancement of 'time is money.'

Throw away the old Gregorian ruler (think about what that means - who 'rules' your thinking?) and take up the new measure of 'time is art.'

One of our local art galleries has a fun event every year. They give you a phrase and you have 24 hours to complete an image related to the phrase. The sentence I got was, "He always got the job done." I figured that could mean anything so I decided to do something that I could call "Time is Art." This was the result. 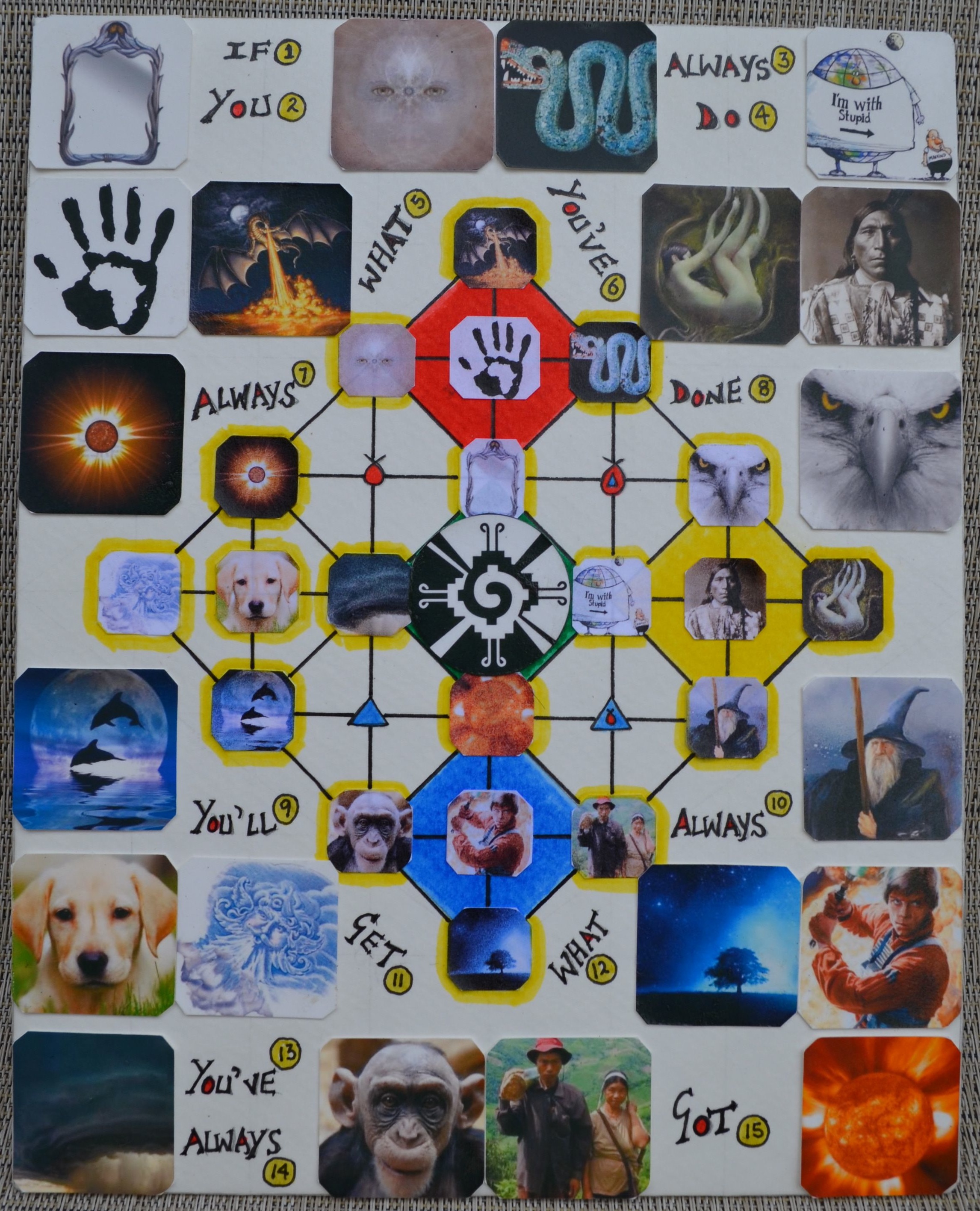