This group was created so that those who attended the Becoming Your Galactic Archetype Retreat could stay in touch and continue exploring together. This group is open to anyone else as well who is interested!

of 2 Next
This reply was deleted. 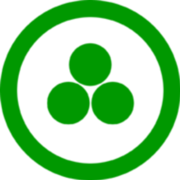 why do you think the wizard archetype remain as just the wizard?? <3

same reason why the Earth Wizards Seminary was called like that... because even when it doesn' t seem so, wizards may be humble enough... :)