How The Mayan Revelation Affects the Mercosur Peoples (1)

In A. D. 2020, Mercosur (in Spanish), Mercosul (in Portuguese), or Ñemby Ñemuha (in Guarani), officially Southern Common Market, manifested legally as a South American trade bloc established by the Treaty of Asunción in 1991 and Protocol of Ouro Preto in 1994.

Its Terrestrially admitted members were Argentina, Brazil, Paraguay and Uruguay. Venezuela is a full member but was been suspended 1 December 2016. Associate countries are Bolivia, Chile, Colombia, Ecuador, Guyana, Peru and Suriname. 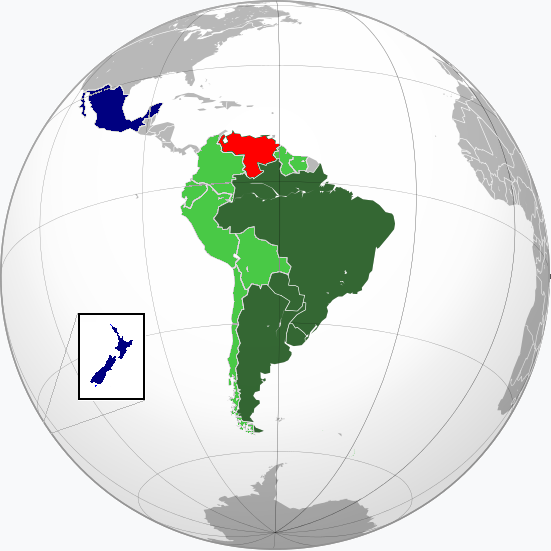 An argument is that through the food riots and organized crime occupation of Mercosur... the Biggest Secret, a collection of non-Terrestrial intelligences and species existed, interacting spuriously with Earth people and government.  There is a gateway to mystery here, somewhere, many heavily denied secrets.   The public disclosure celebrity Dr. Stephen Greer was one of few people who fought in public against the denial....

How can we race against the clock?  To those whose loved ones seem to perish before their eyes, talk of death and rebirth seems mystical psychobabble.  There is a Great Cycle of Life, but there is also the humanity and terror of the present moment.

The day that I began this essay online, Kamala Harris had been nominated to stand as the Democratic Party's Vice-Presidential candidate,  I was annoyed because Hillary Rodham Clinton's successful bid had been sabotaged almost openly by an international Cabal of political crime, and, as an American voter I had seen such political sabotage happen to Democratic Party voters previously, to the tree-hugging candidate of inconvenient truths.