Greetings of Love and Light all Kins,

my name is Jannis which is the Greek  version of John ( :-) not Janis Joplin still have to laugh when I think about this Kin 177) and I`m a crew member of the G-Force,  The Galactic Federation Team, sector V24.3 planet Earth. Today 7 Imix (24th Jan.2013) I had the most depressed day of my life. First I wrote down what I called “A message from Red Queen - she with the Jade Skin- the awakening of the Mayan Goddess Quetzal-Coatl “  and then I wrote an e-mail to a person that we couldn't take part at an ART award on 24th January but would love to come back next year to participate.

After that I felt confused, depressed and weak. Then I became so weak like never before. I felt a sort of " War of the heavens" going on inside of me.

Today`s Kin 7 Imix is also my Guide,  Kin 7 Storm our current year is my Challenge and I'm still 7 Moon during this 7th Resonant Moon which is at the same time the First Mystic Moon Day 15. Half of a circle is 182 days is 13 Moon date 7.14/15 is Jose`s birthday is 14x13. While Cosmic Wizard is also 14.13 is C.G. Jung – a man who was deeply studying the (collective)unconscious, was born on the first day of the first moon and introduced  the word and meaning of synchronicity for the first time to humanity.

But back to the Eagle Wavespell. Power of Vision...

In my experience  I felt  as if all those Kins of the 5th Force Oracle would  pull in another direction. This exhausted me then totally. At the occult watch after sunset  then came - silence- release. At the same time I was aware of energy’s that came directly from Eagle WS back in 1999 July when I went through the darkest times of life in Down Under but at the same time channeled a most precious peace of art. 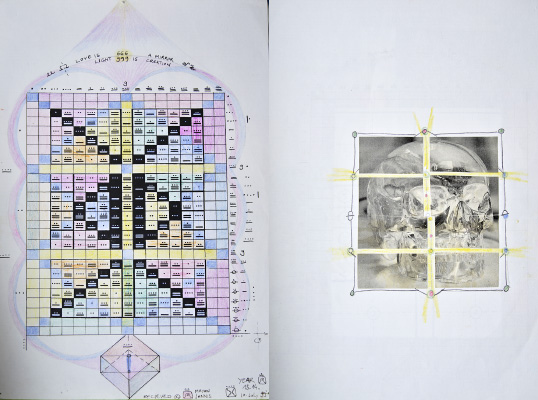 I had no Idea at that time what it was. I knew only about the 13 Tones 20 Glyphs and I had studied Books like Humbatz Men – Secrets of Mayan Science and Religion. And John Major Jenkins - Cosmogenesis 2012. I ordered Jose`s Earth Ascending to a bookshop in Byron Bay where I had traveled to at that time, but found it most difficult to read and so I studied the Graphics.  At that time not even the Plasma Symbols where introduced into the calendars- at least in Germany. Actually there was so little available in German language. I didn`t knew about the Telektonon and  the Mystery of the Stone.  July 1999 when I had finished the matrix  I thought:  What is this stupid Cube doing in my graphic? But I found out that the squares around the Tzolkin are 182 units/days, which is  14x13 or 13x14 And the 13 Moon day it was finished  is 13.14. Cosmic Moon Day 14. So I thought, that this is maybe a sort of calendar.

Only 12 years later with the Book of the Cube and the Synchronotron (chronos=greek:time)I would know that this “number information” is  similar to the information channeled to Valum Votan from Sirius 52 as the matrix consists of 17x26 =442 units. And note the mystic column is on 9 in a row of 1-17. Jose ascended on the 13 Moon date 9.17. Certainly it would have been great to show it to Jose at his 3D Lifetime.  But some mysteries maybe have to remain uncovered. All that I learned until now out of it is that time is really radial. But we are so limited in our perception, we are so numbed by the artificial  12:60 time frequency that we only run after floating daily wishes and solve our little karmic problems.

But back to the most depressing day of life in 24th Jan. 2013. Even though it felt depressed, sad and tired I experienced the first time a glimpse of what is radial  time and not linear. During the silence occult watch then in the evening I looked into an old box of photos as I wanted to check the date I was introduced to the 13 Moons and the Tzolkin, which was on a Rainbow Gathering in Australia by a girl called "Feather" around full moon May 1998. Then I stumbled over a picture from my Mexico travels in Dez.2000.

It shows the pyramid of the sun from the pyramid of the moon  in Teotihuacan. At that time on top of the pyramid I felt in comparison with Jose`s vision -  just  nothing. I was astonished about the architecture and art and thought: If Aliens once landed somewhere or will return, it will be certainly here. (A most precise description of the meaning of Te ol ti hu a can – you find in Humbatz Men`s great book Secrets of Mayan Science and Religion.)  I fetched my cellphone to calculate the date the pic was taken with the 13:20 App,  which was printed on the backside of the photo. 16th Dez. 2000 .... Is 8 Wind Kin 242  which is Eagle WS  and  …Now …as we passed 24 o`clock when I write down these words. …SYNC….

Just when I had calculated the date, my cellphone zipped and on the yahoo account was the message of a new blog from Red Queen.  It was the article of Jose about the 24th Jan. his birthday and the British psychologist who had calculated the “Most depressed day of the year as 24th Jan. http://1320frequencyshift.wordpress.com/2013/01/24/january-24-most-...

Booomm. I felt like thunderstruck. That was the reason -  and especially I do study the Law of Time intense  and work with gregorian calendars. I`m in the middle of this “War of the Heavens”  I channel in order to purify…

But now in this mystical alchemical moment when the tomb becomes the cube and the cross becomes the tree I tell you dear Kins and Earth Wizards this:

I simply love being in the mountains high above the world and out of this I came to panorama-photography:

and out of this - maybe a joke of history or a higher mission- I became a  calendar publisher with my partner 13 Star. Yes gregorian Calendars. We started in 2008 with a little Mountain-Panorama-Calendar. To make some money besides me driving a cab through the Munich nights. Until today we created a  little or big program – depends on the view - all by ourselves,  we still don`t make money with it and I still drive a cab through the Munich nights.  a bit like  in the film  Night on Earth by Jim Jarmusch.  Have a look I uploaded our program for 2014 just on 6 Ahau Eagle WS.

So today on 24th Jan 2013, José’s birthday, …SYNC…. the Gregor International Calendar Award was happening in Stuttgart Germany. We had an invitation for this event as one of our Flower Art calendars had been  awarded. But I decided not to participate for some reason.  And the e-mail mentioned at the beginning of this article was to the organizer that we thanked them very much and cannot participate at the award, and so on.  Besides that it is most curious and synchronistic that the Gregor Award  happened  on 24th Jan. on Jose`s birthday,  the awarded “Best of the Best” calendars 2012 and 2013 are “mind blowing” too.

The last year’s 2012 “Best of the Best”  calendars was one called "Perfection". 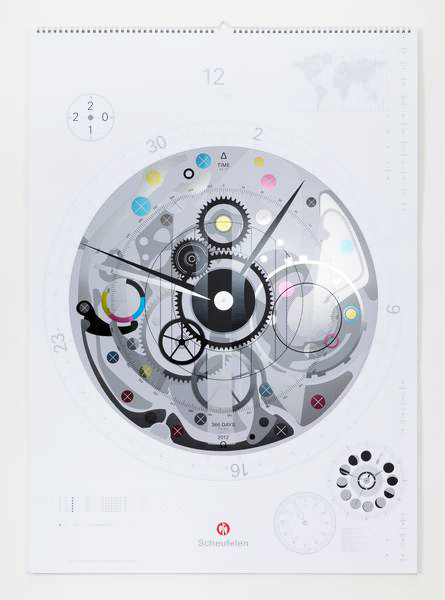 Perfection is what you can reach if you divide a circle 360° into 12 units. This is good for example architecture and technical inventions but not for time.

It depicts several circle-graphics. One month depicts  the moon and one the earth. And between the moon, the earth and the sun comes the “Wurst” – German word for sausage.  And month 12 is - What else -  a clock. What more clear sign for 20:12 or 12:60 does it need !

Those of you Kin`s who speak  German can read the descriptions of the single calendar month  of Perfection as a proof of the Non-knowledge of the Laws of Time. (September: The production of sausage, though not in the modern sense, already was known by  the ancient Greeks and Romans. There are countless different types of sausages. In Germany alone there are over 1,500 types of sausage…. Since sausage is usually placed in an artificial gut, cutted the discs are round.)

If you consider time spiritual and radial this is really sad.

The winning calendar 2013 was just announced right now during the occult watch of 7 Imix Jose`s birthday.  It is called “Energy”  Have a look: 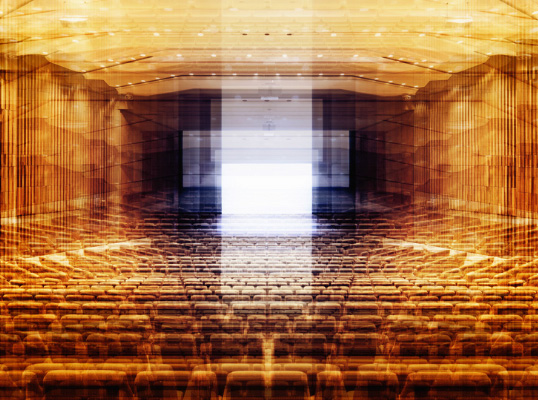 It was produced by an advertising company for the Stadtwerke Witten an energy/electricity supplier and displays the “Energy loaded daily life” of selected clients.

Please click on the right button > to view a photo stream of it:

Electricity is what shaped our so called Modern Civilization for the last about 150 years. Envision a planet Earth where electricity doesn`t work and our Modern Civilization based on the machine will vanish. No electric power, no computer, no machines, no cellphones, no satellites, no television, no radio, no ships, no cars, no airplanes, nothing works … Back to the roots. And this would be not comfortable  for all of us.  By the way Thomas Edison got his patent for the light bulb on 27th Jan. 1880, Kin 59 Resonant Storm.

But more important the calendar Energy was also made of some sort of shifting picture-art, several pictures are layed over each other and it looks as if the things are vibrating. This reminded me of a passage in Time, Synchronicity and Calendar Change by Stephanie South/Red Queen. There  Jose says on page 388 about what he envisions for  2012-2013 (Resonant Storm year Kin 59):

…when I try to envision 2012-2013 all that comes to mind is a resonant frequency phase shift, a vision that occurred to me in Basel in 1984- a shift in the molecular frequency of the third-dimensional reality combined with solar storms and melting of the electromagnetic grid – many structures will collapse or dissolve – many people will not be able to withstand it- during which this entire reality  will be revealed as a shimmering mirage – everything artificial collapsing and dissolving – the ending of the fifth sun – the day of Purification.” ….but really go read Quran Sura …7:187

MANY STRUCTURES WILL COLLAPSE OR DISSOLVE

“At the end of times all prophecy merges into one. “ Jose Arguelles

Make Time a peace of Art.

In the direct lineage of the Chilam Balam.

The Galactic Federation will come in peace

I channel in order to create

I seal the output of vision

With the resonant tone of attunement

I am guided by the power of accomplishment

Kin in the area?

Looking for Kin in the Seattle area to gather and study with. I live north of Seattle in Lake…See More
Sep 6
0 Comments

Hello.I woke up with a symbol bruise under my arm, and hoping someone here knows what the symbol…See More
Aug 30
0 Comments

How to Select the Best Granite Stone Crusher?

Nigeria is rich in granite resources. Granite is an excellent raw material for sand and gravel…See More
Aug 29
0 Comments