Hi everybody! first blog post in Galactic Spacebook : ) my name is Mauricio Ortiz Martinez (MOM), 12serpent, kin25, from Orizaba, Veracruz, Mexico. I would like to share all the info I have recollected from 88, the Galactic Butterfly, and 89, the Evolution of the Consciousness. Thank you for your time reading this and God bless you all. My first intention was only to report briefly my experiences on past 88 and 89 dates (october 13th and 14th 20.14) but, being inspired by RuBen 113, I think you deserve my best effort. So here it is:

Just like the number 69 re-presents visually a ying-yang, the number 88 re-present a butterfly with their wings opened. In fact, there is a butterfly with this mathematical symbol, the 88 Butterfly and its extremely rare mutation-evolution: the 89 Butterfly. Please remember that 8 is also the symbol of infinity, if you turn it 90°. Also note that 88 and 89 were the last days of life of Jose Argüelles, Valum Votan before his ascent. I believe this is no coincidence at all but a part of the divine plan.

Since I was a child I was in contact with this butterfly because it's present in the region where I lived. in 20.13, I had a beautiful experience with it. I found a 88 Butterfly at the very center of a big mall, it was unreal. I took the 88 Butterfly (butterflies let me take them, don't know why) and started to talk to her. "What are you doing here?" "Why so alone?" "You really, really, don't belong here"... so I took it out of the mall, to the gardens, and I freed her. "Go with the wind, be free and don't look back". Later I posted it in Facebook and a spiritual friend told me: "Don't you understand?: the Butterfly was you". I was surprised, so I decided to learn more about my new friend.

From Wikipedia:
Anna's Eighty- eight (Diaethria anna) is a butterfly in wet tropical forests in Central America and South America. On rare occasions, it can be found as a stray in south Texas. Its upperside is dark brown with a metallic bluish-green band on the forewings. The underside of the forewings are red, which is followed by a wide, black band and then white tips; the underside of the hindwings is white, with lines that approximate a black-outlined "88," giving the species its common name. 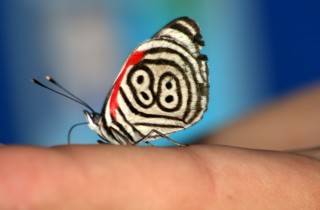 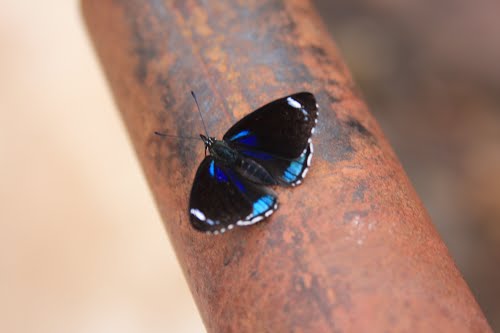 42 seconds of this beautiful Butterfly

(I don't know how to use the "media" button in the blog composer, if somebody could help me, that would be great)

Besides, I have found that there is a indie rock band from California named "The 88". The art from their albums, the names of their songs and above else, the music, it's very inspiring:
The 88 on Wikipedia
The 88 on the Net

I want to share the art covers for the only 3 albums I could get, and their song lists: 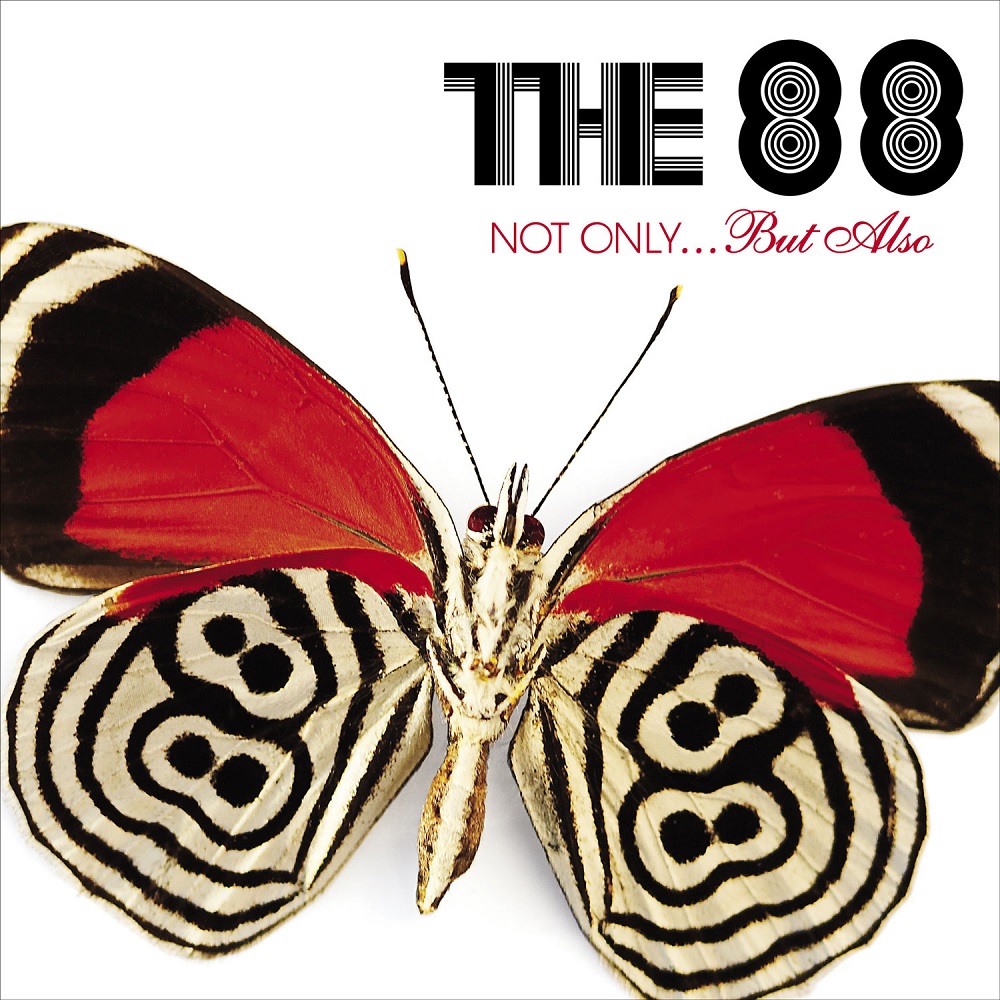 "The 88" songs: go go go, love you anytime, coming home, no one here, i am nothing, sons and daughters, it's a lot, like you do, save your breath, waiting for the next drug, we felt alive 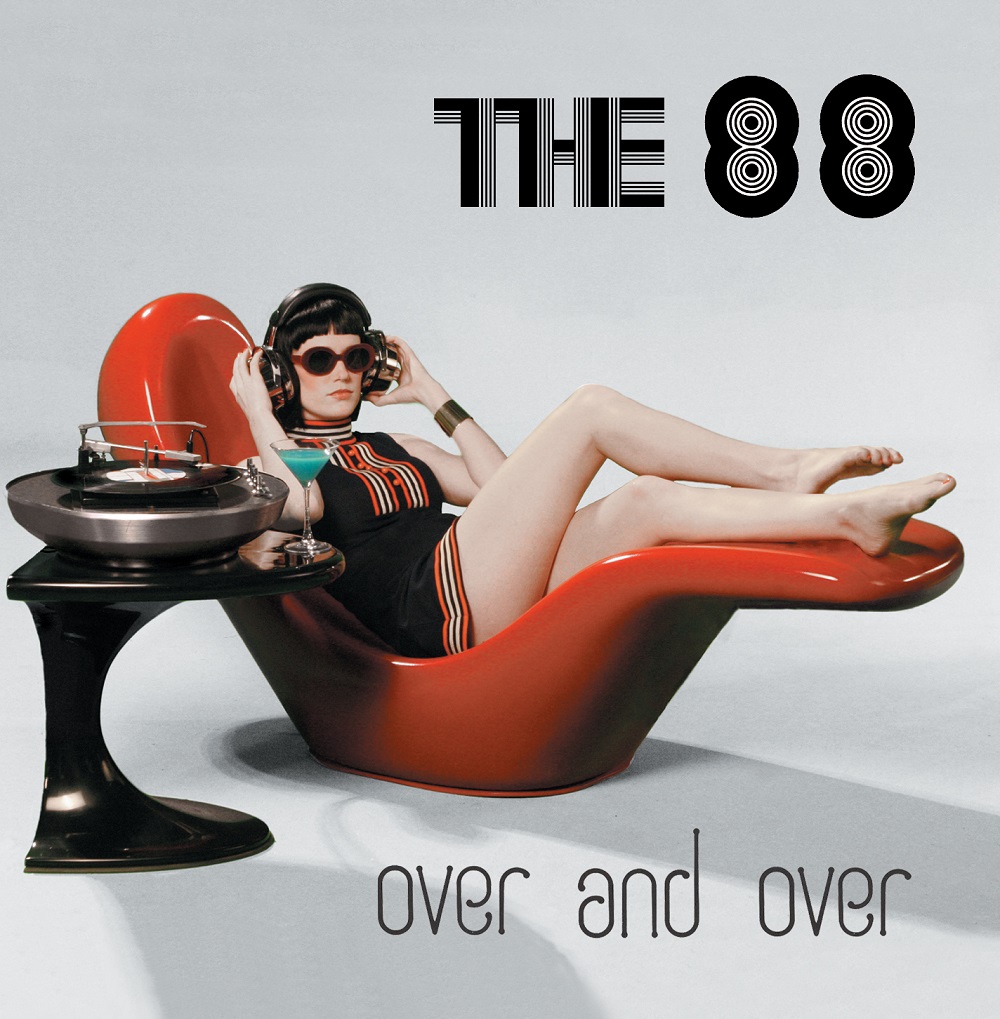 "Over and Over" songs: Hide another mistake, All because of you, Nobody cares, Bowls, Head cut off, Battle scar, Coming home, You belong to me, Haunt you, Jesus is good, Everybody loves me (but me), Not enough "Kind of Light" songs: Afterlife, All the same, Elbow blues, G.O.D. is coming, Hard to be you, Hate me, How good it can be, I am a man, Kind of light, Melting in the sun, No use left for me, Something had me good, Sunday afternoon 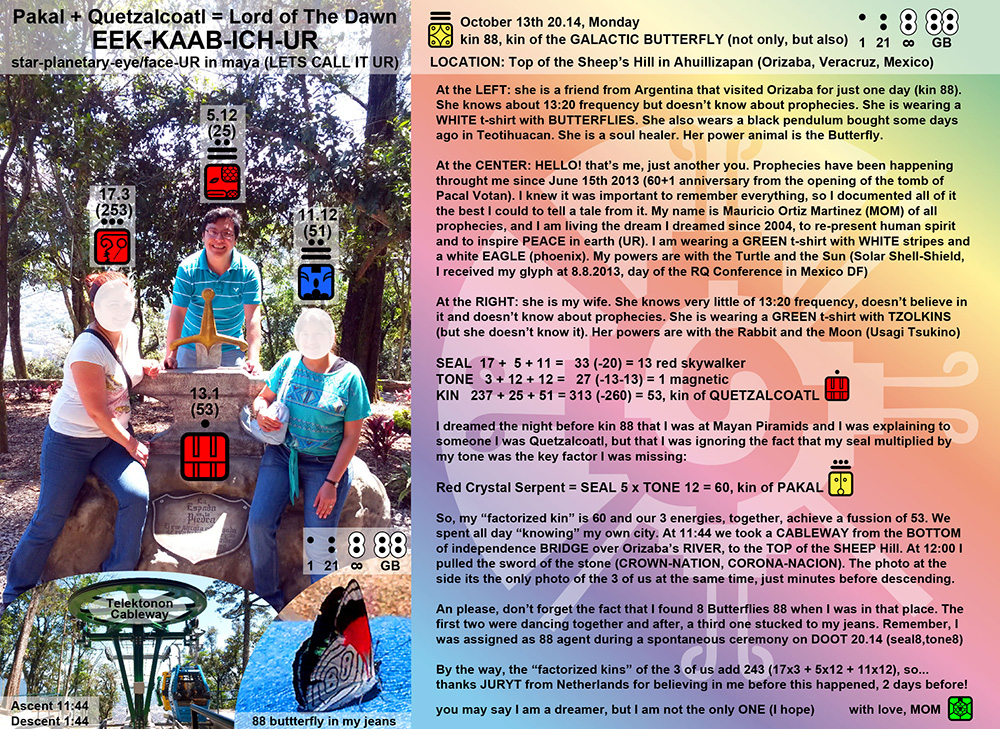 next day in the morning, I checked my email inbox and deleted all spam but this one, its name seemed curious to me. When I opened, I really smiled a lot, it was an email from "angel" from his blog "living at maximum": a 89 Butterfly, in his hand, extremely rare to take such a good photo from this rare specimen, in his own hand (he travels a lot and always posts a photo of his own in his emails): Signing of the peace treaty of Roerich

In the night, our friend from Argentina came back to Orizaba only to rest for the night before going to Teotihuacan the next day. We had the opportunity to see her one more time. Using my instincts, I gave her a last gift, a MAGNET BUTTON with the design of the PAX FRACTAL (something I designed back in 2006). It's the symbol of the Banner of Peace of Roerich, but designed in a fractal way (the same design is repeated inside itself infinitely): 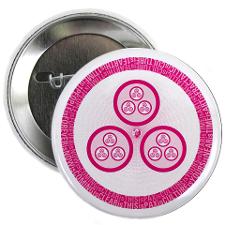 We had 7 flavours of water to choose from. She chose Hibiscus Flower iced tea, the only RED one. When I saw the 3 glasses of red water, I understood the symbology of our last supper together. Looking at the table from the top, the 3 glasses remember us the 3 red circles from Roerich's Banner of Peace. I decided to call this event "Signing of the peace treaty of Roerich" 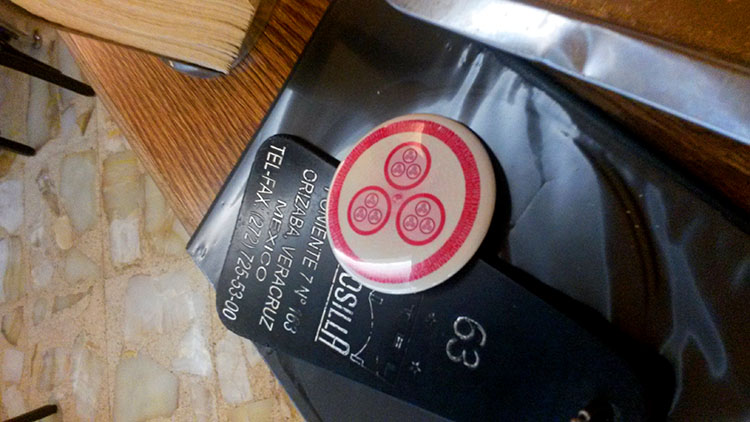 An extra photo taken 1 day before, on kin 88, near the Giant Stone, on Orizaba's Cemetery. Do you see the roerich's symbols? 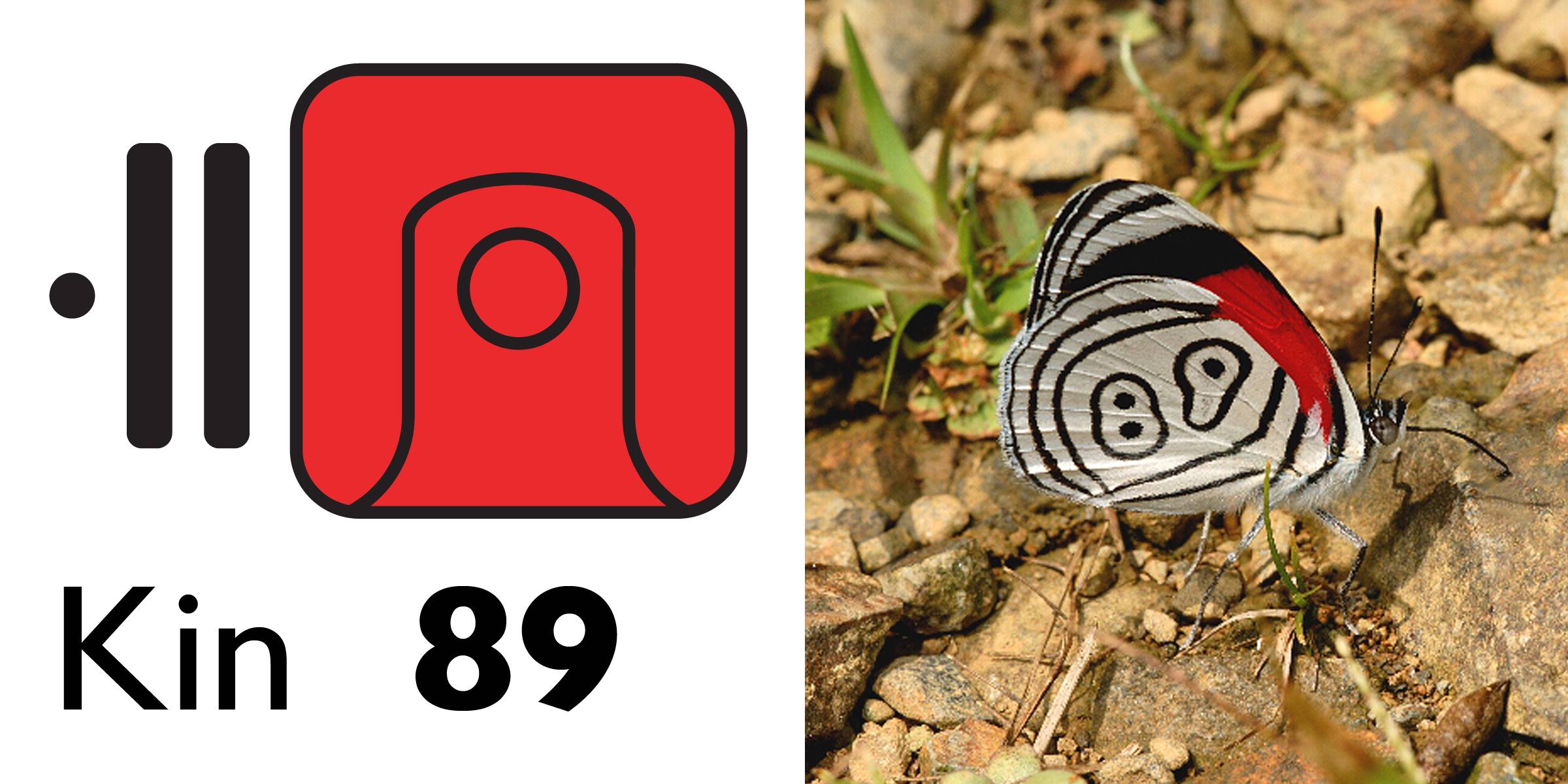 Something was extraordinary today, Kin 89. This Fibonacci number is from nature. Normally the butterfly is known as 88, so 89 is a rare appearance. Today it was 5x260 days ago that José Argüelles / Valum Votan ascended. His Kin was 11 and Blue Spectral Monkey his Galactic Signature. Exactly 11 days before him (on Kin 78, March 12 in 2011) the founder and messenger of the Human Design systeem ascended. His galactic signature was Blue Self-Existing Monkey. Archetypically they were the first and last Magician.
Today the inverse hexagram of Inner Time (the U Ching logic applied in the Solar Ring) turns to Kin 11 (Blue Spectral Monkey), which was 78 (!) days ago. Mysteriously synchronised, Kin 198, White Electric Mirror and I (243, Blue Solar Night), discovered last night (from Kin 88 to 89) the celestial connection in between the Biphasic Matrix / Tzolkin Harmonics and the Human Design Rave Mandala, as we see in 64 I Ching hexagrams around the zodiak. In this astronomical circle we see now the biphasic flow of numbers in the Radial Mathematical Order of the Biochemical Code in Life, if we decode the 64 hexagrams / DNA codons as U..
Thank U,
198  + 243 = 441

Now, I want to share my name's numerical analysis A-Z = 1-26 I did some weeks before, as an idea borrowed from a blog: 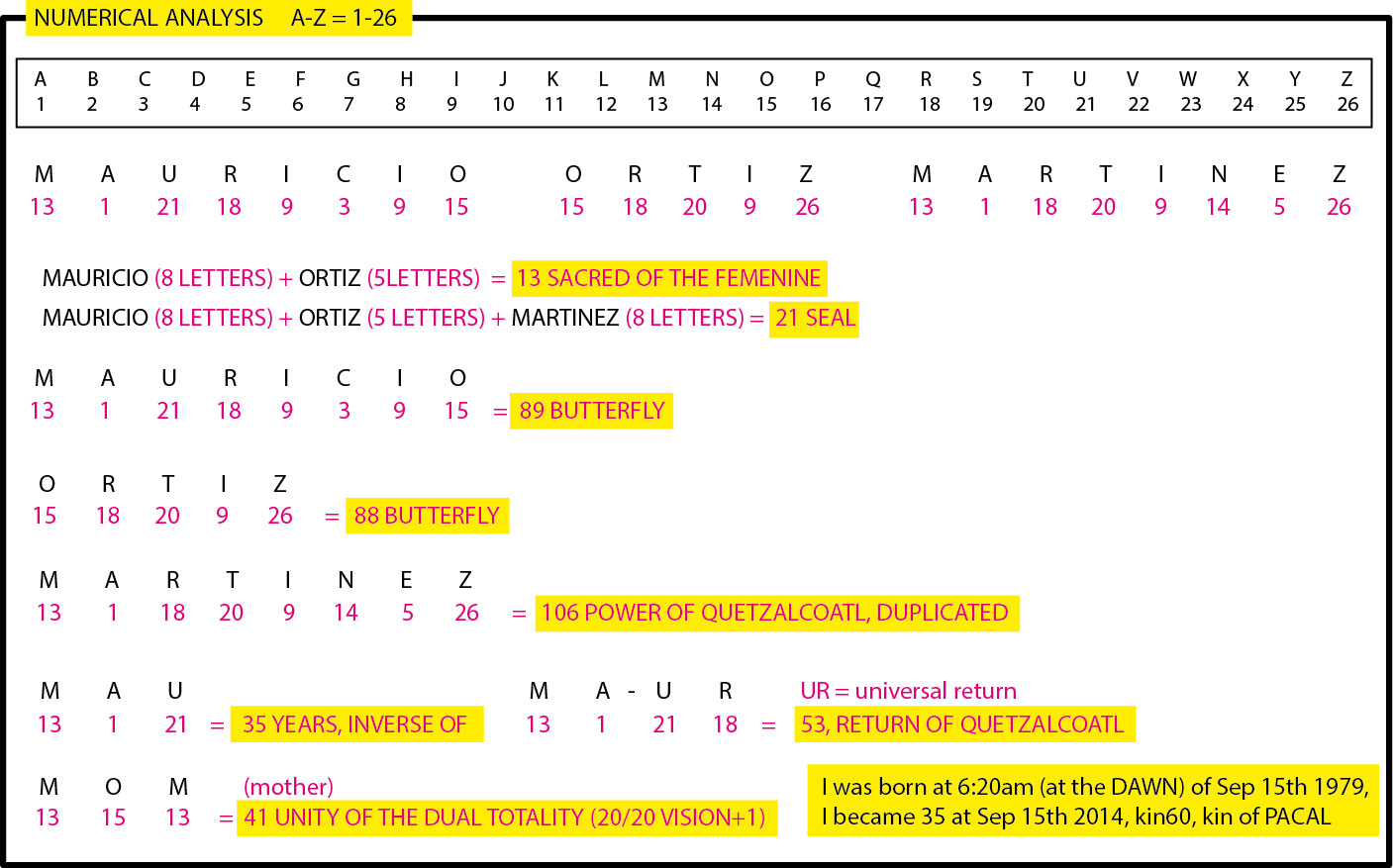 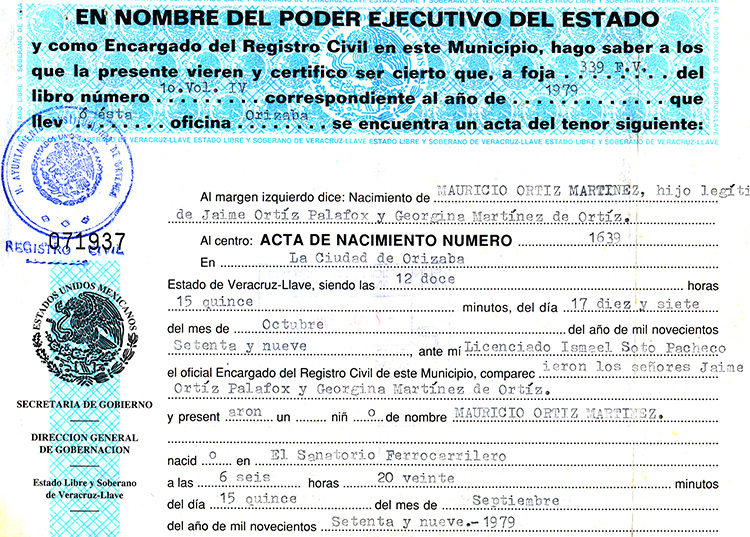 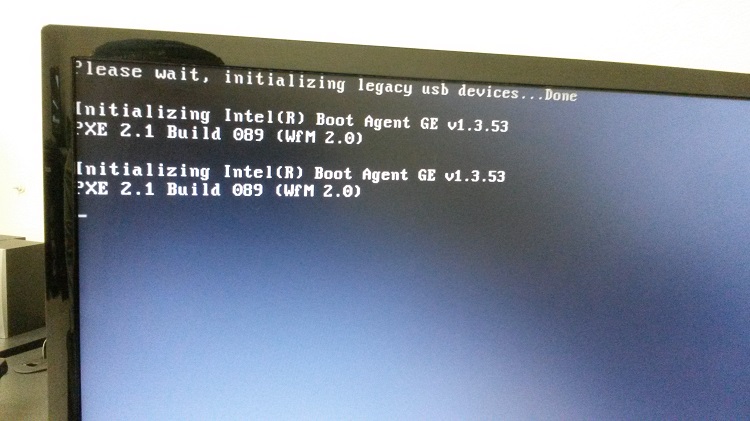 I release this info as a part of the always perfect, always divine, time release program. I believe this will be useful info for some of you. I hope it so. I would like to meet you at the GS Chat room... I have a lot of questions about prophecies...

Love and tolerance above all ; )

Tags: 88, 89, butterfly
E-mail me when people leave their comments –
Follow