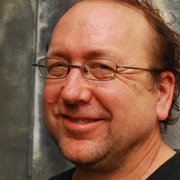 I don't know exactly. a friend of mine noticed that I wanted to start a new talk show based on raising peoples awareness rather than just denouncing the wealthy and powerful who are picking on the rest of us and hurting themselves as well. This friend of mine is very special and because of him I want to move forward to expand the mindfulness of my internet talk show. my previous shows were the "Ultra Liberal News" and the "Multiversal News" I combined comedy, speculation, and activism in a new an unique way. I'm not sure why I'm contacting you people. It was not the Idea of my friend right now, it's all gut instinct.

I learned it here