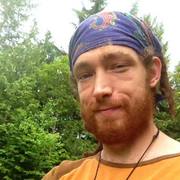 I discovered it on the LOT website. I hope to connect with others who are familiarizing themselves with knowledge of the 13:20 tzolkin and galactic 13:28 syncronometer.

First about 10 years ago I was told that my galactic signature was blue electric monkey (#211). It was about a decade later that I found an 8x11 printout of an early 13:20 human holon and earth family tutorial. Also, I had quite a vision regarding dragons and dogs and monkeys, then to see the corresponding energies and dramas playing out in the 13:20 psychic schematics, I realized that there was more to this and I began to delve further.

Currently, The Arcturus Probe by Jose Arguelles is at the top of that list (followed closely by the works and writings of Carlos Castandeda).