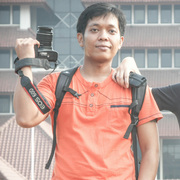 In love with all the color of the rainbow

Radical theories on the nature of time and advanced states of human consciousness. Inlakech... I Am You! Klatu Barada Nikto!

In 2010 my big brother (Kin 53, 1Skywalker) inform me that there is a new calendar other than the Gregorian calendar which is the Mayan calendar. Kin 53 also decode my Galactic Signature (later i realize i was in the same Wavespell with Kin 53). Back in that time I only knew about my Galactic Signature . In 2015 since the launching of the new website (lawoftime.org) I began to study about 13 Moon Synchronometer very intensively and Here I Am Now mastering the Galactic Time!

The Arcturus Probe: Tales and Reports of an Ongoing Investigation