The answer to this question has everything to do with the experiment of free will. Our solar system, including Earth (also known as Velatropa 24.3) is in the very center of the galactic “free will zone,” called the Velatropa sector: a region of our galaxy that is 6,000 light years in diameter, defined by the pulsar called Vela.

Vela is a remnant of a supernova.

The different errors or karmic residue of errors of the free will zone have been deposited at the center of the Velatropa sector.

We have incarnated in order to correct these karmic errors and to create a new collective reality. Every karmic stream that we correct helps to reconnect the memory circuits of the lost worlds in the human mind.

We are all made of the same human prototype. We are each a cell in a larger cosmic being. We have come to light up all the cells and help evolve Earth into a new frequency so that Earth does not have the same fate as the previous destroyed worlds.

The Law of Time, discovered by galactic messenger Valum Votan, helps us to understand our position in time. These codes help increase our continuing consciousness and bring our mind into greater attunement with other cosmic civilizations.

These tools were released in a 20-year cycle from 1991-2011. The codes first began to be released into the noosphere in 1952 with the opening of the tomb of Pacal Votan. A year later in 1953 José Argüelles had his first vision atop the Pyramid of the Sun in Teotihuacán (See 2012: Biography of a Time Traveler). 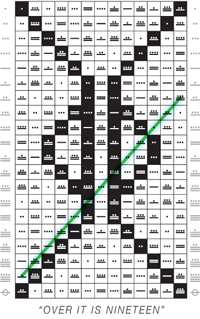 All of the codes and galactic tools combine to create what is known as the cosmology of the Law of Time. This cosmology confirms previous revelations and affirms the different messengers and scriptures, including the Holy Quran with its 19 code of the mathematical constant of the Mayan Tzolkin.

Currently our personal and planetary frequencies, as well as our thought patterns, are shifting. This is scientifically referred to as the biosphere-noosphere transition.

According to the Law of Time, the passage from the biosphere to the noosphere (the mental sphere around the planet that encompasses the biosphere) represents the point when the human species is restored to the correct frequency: the 13:20 timing frequency. This is the frequency of universal telepathy.

The cosmology of the Law of Time states that to change with the Earth we have to unify and come together as one mind. This is the meaning of the noosphere. The 13 Moon calendar is the most practical tool to synchronize our minds daily to the 13:20 frequency.

The catharsis of the biosphere is also known as biogeochemical transduction. This points to the preparation of the next geological cycle of the Earth, the Psychozoic Era, beginning in 2013.

To prepare for this we are being evolved, no longer just at the material level, but at the spiritual/mental level where we can begin to participate in the fourth-dimensional order of reality. All of life is a unity. The awakening of the soul of the Earth is the awakening of our own soul as a unitary consciousness.