This group was created so that those who attended the Becoming Your Galactic Archetype Retreat could stay in touch and continue exploring together. This group is open to anyone else as well who is interested!

why do you think the wizard archetype remain as just the wizard?? <3 1 Reply

same reason why the Earth Wizards Seminary was called like that... because even when it doesn' t seem so, wizards may be humble enough... :)Continue

You need to be a member of Becoming Your Galactic Archetype - Continuing the Vision to add comments!

Hi all, hope everyone is well.  Just wanted to share some pictures that I took while me and Teo were on our magic journey with all of you in Mt Shasta and Stewart Mineral Springs. I couldn't find anything to share the album with this specific group but i figure a simple link to the album should do the trick if anyone would like to see them.

as this morning  I ponder on so many people who don't seem to be able to have a sense of humour be what they call 'spiritual' at the same time. I personally don't separate spirituality from my everyday life..its all one.. have to take out the garbage and meditate both equally important, I was writing to a friend discussing the lack of .. humour that often prevails, and people taking themselves too seriously, when I remembered Red Queens words... as Jose Said.. laugh its all a cosmic joke.. so true ;) bless  ..

the banner of shamballah is the object de art, on the left..

on the front of it the 3 circles are aligned as the banner of peace. 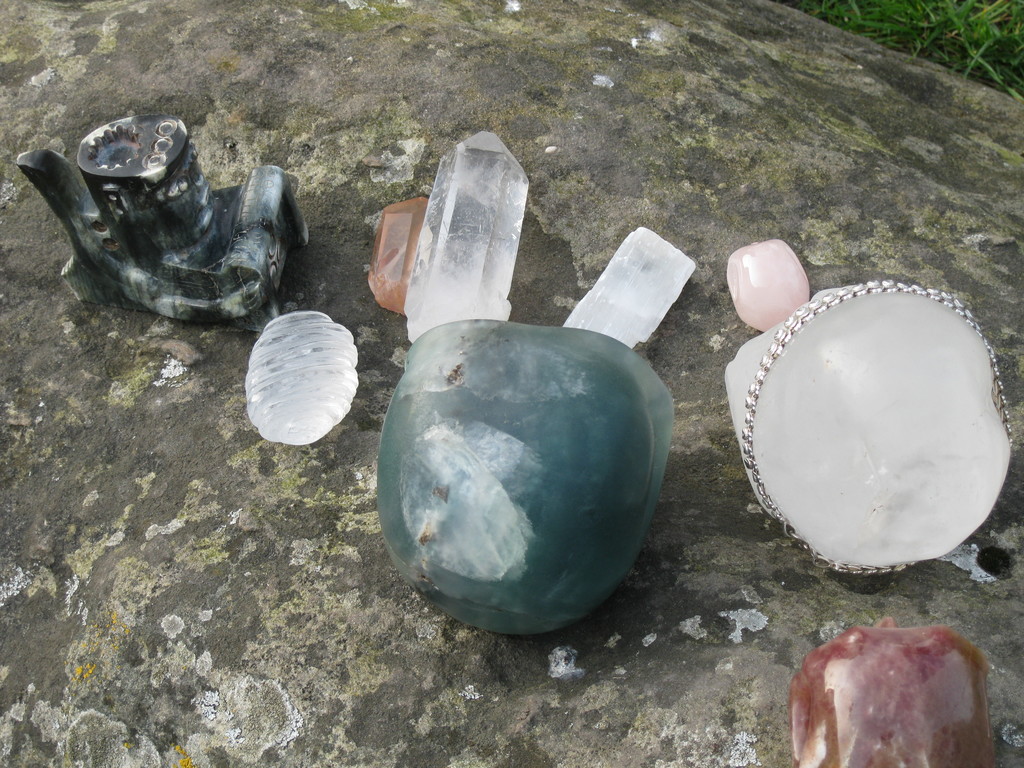 today , as my 'mojo' quietly and calmly returns, from wherever it went to in outer space..perhaps it got sucked into the No-o-sphere, , and is just returning, hopefully in better shape than it left me, I have had some ideas about delegation, and where we all are, .. doing what we do best, following the gift that is within, mine is synchronicity , psychic awareness, and crystal skulls, all of these have come to be part of this journey for me.

part of the synchronicity during the journey has been reading time , synchronicity and calender change, it opened me up some more to jose's consciousness ,and ws like a synchronic circle of my life.. on a smaller and not so worldly scale as his own, but my small circle in the centre, was amazingly filled with similar ,... I think I have been pulled to the places, the people and experiences very similar.. Hawaii and oregan seemed to be important, ..a trail of jose.

re Mongolia.. part of the larger synch for me was and is the banner of peace, as I have been interested in Nicholas Roerich and his work for quite some time, before discovering the dream spell.

I am the caretaker of 2 timeless ( don't us the word ancient as it cannot be proven at this time), skulls.. Made from golden calcite, Om mani padme hum, and Blue lotus. these skulls are part of a larger family that are situated around planet Earth, and have drawn me to meet people and be in places, that so far have linked me to theh dreamspell also.

during this journey, which has been over several years now, they led us to Nicholas roerich, and the banner of shamballah, which is an artefact that was apparently at one time in roerichs collection, and ended up with a friend of mine that resides in Glastonbury. it is a funny little object, and I have been able to spend time in meditation with it, and handle it., in Glastonbury.

I was offered purchase of it, but did not have the means, and it went elsewhere, it is in the usa, with someone, I think I know whom, but not my place to reveal at this time, and in synchronicity I do know it was actallly visiting mt Shasta not that long before we did for the retreat.

I have a photo I will dig up and post, it has the circle symbols on it as banner of peace does. ... apart from that we don't actually know what it is or does, but I felt that it was synchronic for me to say , yes follow arguelles work , you are on track.

the Mongolian skulls are timeless in their energy and seem to have many layers of eonic history within their form, .. they have large round eyes, and protruding 3rd eye, and all are similar but not same.

there is teeth carved , and teeth carved missing, and different in all, we feel it is a code of somesort, but not sure what.. ashani , on seeing them felt the same, we wondered if it was connected to the kin or tone or something.

I will work on this I feel drawn to do so , my focus perhaps for some things to unfold.

roerich became evident showing me his energy and his book fell off the shelf so to speak..shamballa, ... so off on a tangent maybe for this, but see where it takes me as, what is inivisible shall soon be revealed , somehow...in some way I believe. .bless..

thankyou Elizabeth,  I don't think I have watched this episode.

the skull, star rainbow serpent, that is with RQ, was always the skull of the heart, and the energy pouring forth from her on the morning of the 24th , last day of retreat kin 162 rhythmic wind, was a wonderful confirmation to me that all has happened to the most minute detail of perfection, that skull was meant for that day ,it was her true awakening, by which time I was so full of her heartlight that had been pouring out to me I was choked up, it was a while before I get myself to speak and request the skulls be put togegeher, , I was shown the dove would occur, the unification of male and female energy as one... a dove can fly when it is in balance only 2 wings, in equal motion,  .. I could see clearly arguelles, beside RQ, he had one had outward to ward all of us sitting, and rainbow light was pouring out from his palm, and it was his great love of kin ,  that was streaming thru the skull, a serpent of love sharing rainbow light to all.

bless to all, and thankyou for your kinship :) in Lak ech"..

this group is a great idea , thanks Jacob ;)...since discovering the dreamspell in depth and beginning to 'live' it, It has shown me that what I have been doing in my  life here is exactly what my signature and electric hand, ( and G.A.P)  and my archetype as electric avatar  deem to be my perfect energy, so it has confirmed and enlightened me very much so on how and why my life has rolled out, on the carpet of of a very synchrononistic and amazing life journey.

I came into the dreamspell, or should I say, under the spell of Jose Arguelles, by finding myself in the presence of Stephanie, or RQ as she is affectionately called by so many of you :) in Nov 2012 here in oz, Byron bay where I was on a sojourn of synchronicity...I knew something was up, when I remembered that spirit had drawn me to the computer a year earlier, to google arguelles and the harmonic convergence, and I discovered he has passed over in the march of that year...thinking the reason I had to google would be shown at some time, the penny dropped, after the night of meeting RQ.

We met again, here in Melbourne as it felt we were to link up somehow , before she left for Palenque, so between our meeting in Byron bay, and later  at the wonderful Tansleys abode, Dec8 kin 194 crystal wizard ( hmm that day I gifted her the crystal skull) , I had lots of unfoldment and amazing synch from I believe arguelles, and he left me in no doubt whatsoever he was pushing some etheric buttons .

... onto now, present time, ... arriving in usa for the retreat, energy somewhat fuzzy as often happens when I get to the northern hemi, but then it began to feel more than that, and at first I was feeling 'shutdown' somewhat, like..ok, whats going on, get me all this way and im in blocked mode, which doesn't happen to often , as im usualy extrememly open, to open some say, but it works for me.

however, when I needed to be, I was allowed to connect, and I enjoyed the days of retreat, day out of time and galactic seed very much, ending with synchronicity after that  ,which lets me know in no uncertain terms, I was supposed to be there.

days following I developed a bit of a bug in my chest and not much energy, now home with terrible cough etc, but that will pass, what im realising is that I was embracing my wizard, my inner occult power, ..shutting me down somewhat meant the only receiving was straight in thru my aura jetstreaming info , which I am not yet to share, just processing, yet.

as I am in my 53 rd birthday year come sept 12, I fell into the dreamspell in my 52nd round , and like the blue storm year it was , it has changed my life and understanding significantly, numerologically ( I am a professional numerologist and medium/psychic  here in Oz), I am in a 9 year going into a 1 new beginning also, ..so for me its been double endings, into new begnnings, and into the galactic seed year of biggest new beginnings one could dream of for the planet..so I am beginning to see why my energy is being shaken and shifted, I will hold on to the wizard within, like the Dalai lama , and wait for it to all unravel and as they say, not worry, just be happy.

I am very happy to have met everyone on the trip, the kin at the retreat I found had a very precious energy and quality of being and there was a lot of unconditional love that was sincere .