"Cosmic History is the knowledge of a reality that exists above and beyond and even within all human illusion."

Today space.com website was filled with dazzling cosmic news, in a historic day of events that gave us a glimpse of the New Cosmic History "in the making" as Humanity takes her first baby steps on the quest of becoming a Galactic Civilization. This represents a collective "planetary rite of passage" heralded by the arrival of Comets ISON and LOVEJOY. Let’s revise some of the headlines and try to grasp the scale of what is transpiring: 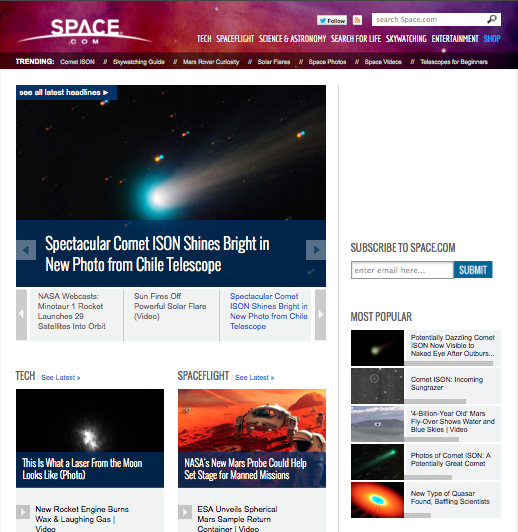 This is what I call a Galactic Activation Portal Day.... It is becoming more evident and prominent that the "Time Portal" discussed in past articles is active, and as the 1st anniversary of the Closing of the Cycle (12.21.2012) approaches, 2013 is still giving us an exhilarating energetic "crescendo" into the unknown.

From the avalanche of ground breaking news, probably the most interesting aspect to observe at the surface is the historic meaning in terms of the advancement of science. Either we are noticing it or not, Humanity is crossing a HUGE threshold, a sort of "Event Horizon"... Beyond the technological achievements, there is a hidden “subtext”, a deeper story:  As pioneer researcher/writer Goro Adachi first noticed it since 2012, we are entering a New Space Era where high school students can send satellites to space, while scientists break records (filling the atmosphere with unprecedented “space junk”) and send probes to find ancestral clues of our forgotten past during the climate catastrophe occurred on Mars/Velatropa 24.4.

In other words, we are opening Pandora’s box to our past, our present and our future on a Cosmic scale. Humanity is preparing to take a new step on the evolutionary timeline. How does that next step look like?  Are we on a “path beyond technology”? or on a path dependent of it? We are evolving into galactic citizens, and we are about to see if we can do it with Grace.

As we briefly discussed just 10 days ago, the Olympic Torch (symbol of the Promethean Fire brought to Earth by the Sun(Son) gods) was on a “space-walk” reaching the ISS-International Space Station for the first time, while simultaneously Thor “God of Thunder” was coming back to Earth through the “Dark World” movie premiere, and Haiyan Typhoon was landing in Phillipines. So we can read these events multi-dimensionally as "Thor bringing down the Thunder (Haiyan) while Man is returning the fire back into the Heavens." What a powerful exchange of Symbols here... Torch vs Thor. As Above so Below. 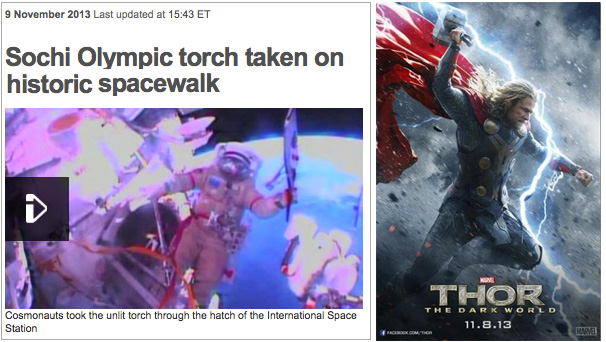 THE SHIFT IS HITTING THE FUN

The Noosphere (Planetary Mind) is activating at an exponential rate all around The Earth/Velatropa 24.3 and the entertaining industry can not be the exception. The Noosphere is now clearly expressing through the archetypal roles of the characters and actors playing heros, heroines, kings and queens, prophets and avatars. These characters and stories represent Joseph Campell’s “Hero’s Journey” of Humanity’s Collective Unconscious introduced in his book "The hero with a thousand faces".

Since the ultimate purpose of the Law of Time is to make conscious the unconscious, the intention with this article is to explore the "coded" storyline "behind the scenes" of Hollywood's latest blockbusters. The Messiah/Keanu Reeves meme (discussed on Planetary Moon article) and the Thor/Olympic Torch juxtaposition are probably good expressions of the deeper story unfolding: Humanity's Journey from the Unconscious to the Conscious, to the SuperConscious. From Homo Sapiens to Homo Noosphericus. 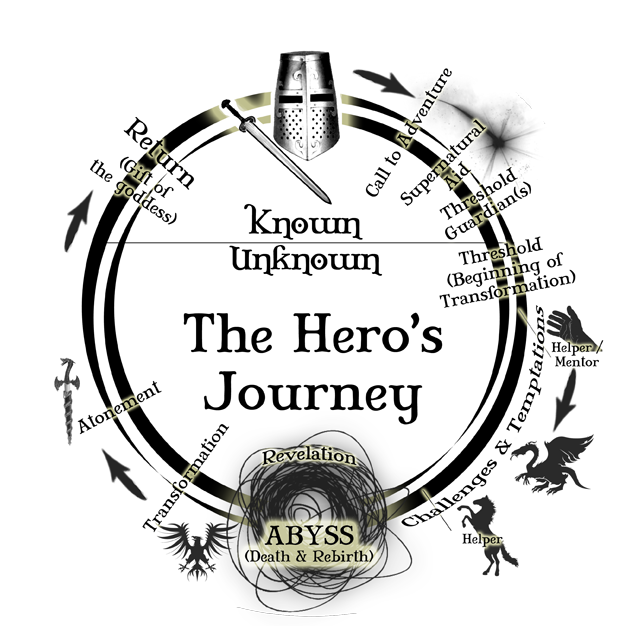 So let's start by observing and noticing how almost ALL superheroes of the 20th century Comic Book industry have been “brought to life” just during the past decade. I remember when I was a kid, how these heroes were capturing a big area of my imagination... but they seemed so far of being human... of being real... With the arrival of new technologies, these heroes “jumped” from their “flatland” or the 2Dimensional world of illustration, and became “real” on the holographic 3D screen of a filming industry now capable of producing incredibly convincing “immersive 3D experiences” allowing the audience to “almost enter” virtual worlds of fantasy and myth (usually charged with a high dose of violence, fear and subliminal messages). 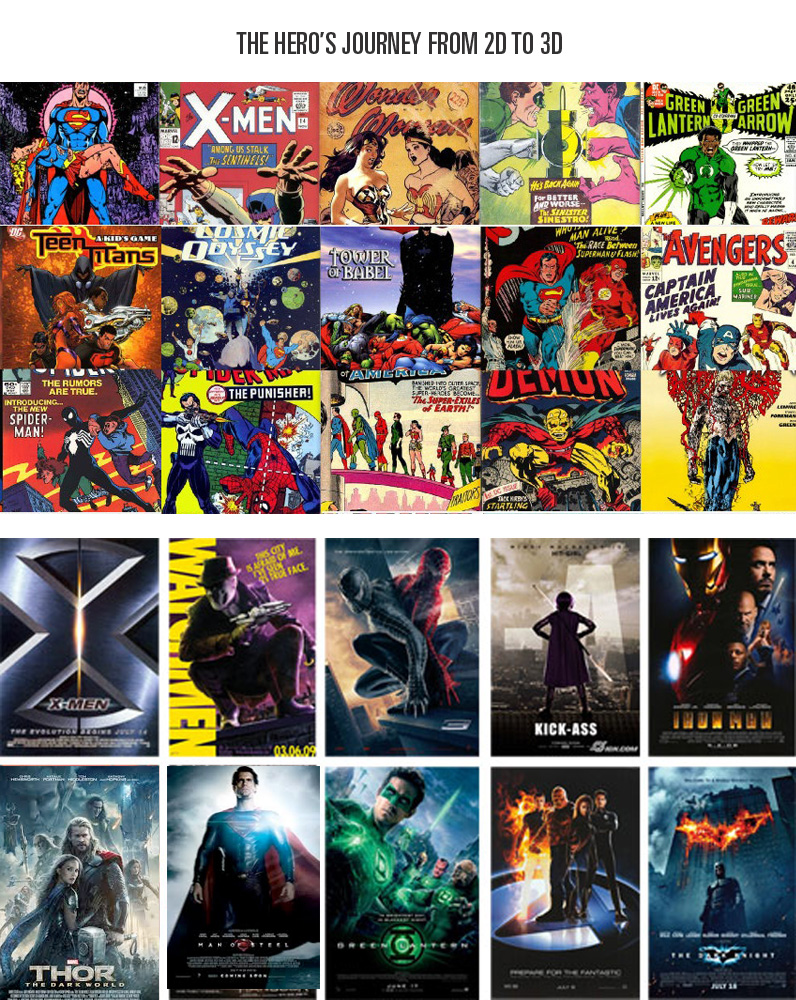 Movies like The Matrix trilogy and Avatar probably are the most renowned films that can be recognized for setting new industry standards by introducing through technology a new type of experience, ever “more real” and closer to an actual sensory experience. The movie Gravity (released in the UK on 11.8.13, the same day as the Haiyan/Thor energies manifested) introduced this year the “next level” on this artificial, technological evolutionary path of “virtual environments” and is today one of the the most watched and commented movie of 2013. In order to understand the impact of this movie on the human psyche and its ripples on the planetary mind, I invite you to watch this special 3-minute "featurette" of the movie entitled "GRAVITY - Experience The 3rd Dimension" , so we can then dive into experiencing the 4th Dimensional aspect of the movie from the Law of Time perspective and understand the "subtext" or coded message, behind the story and the words of its director, protagonist and producer: 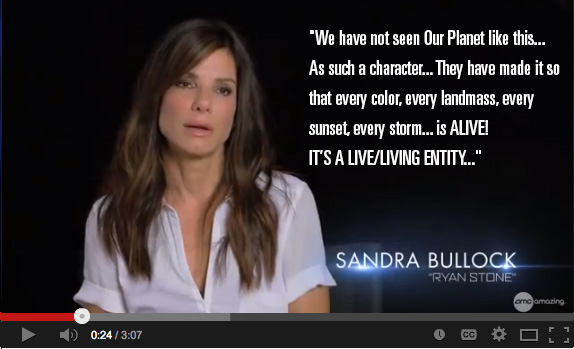 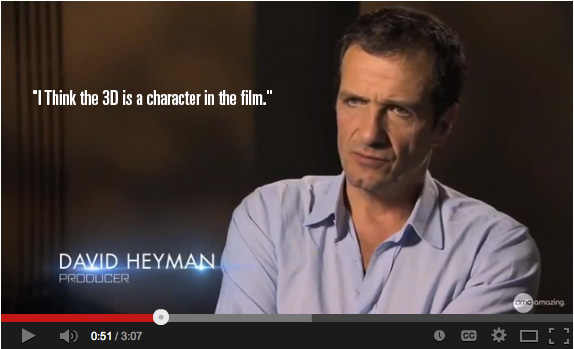 If you clicked on the video above, probably you are still feeling the "rush", and contemplating the idea of going and watch the movie. If not, at least for a few seconds your mind went "there" to that place of the imaginal realm where you became the hero, the protagonist of such an intense experience and wondered how is to be lost in outer space.

As a skywalker, I recommend you to go and watch EXPERIENCE it in 3D... If you want to have a small glimpse of what does it feel to be up there don't miss it! It is really a full multi-sensory journey and as Sandra Bullock so passionately described it on the video above, The Earth - Terra - Gaia - Velatropa 24.3 is the REAL MAIN character of the film, and She looks absolutely ASTONISHING from up there! SHE IS ALIVE!

On part 3 we will explore and decode the hidden message behind the movie and make the jump from 3D to 4D.

I go to my right through the Alpha gate, seed is on my left and eagle on my right.

How do you stuff a galaxy sized being into something as small as a human body and mind?

By getting them to forget. Like a caged animal, they are content and controllable as long as they don’t remember where they came from and what it was like.

People who don’t feel they belong or who are frustrated by their situation, or feel hemmed in by their circumstances; these people are on the verge of remembering. This is a delicate time because it presages a transition, a change which can become violent.

Awakening memory, star memory, can be painful. A bit like waking up and finding you are in prison. It helps to remember that the prison term is finite and that one day you will return in full knowledge and glory to your true self and circumstances.