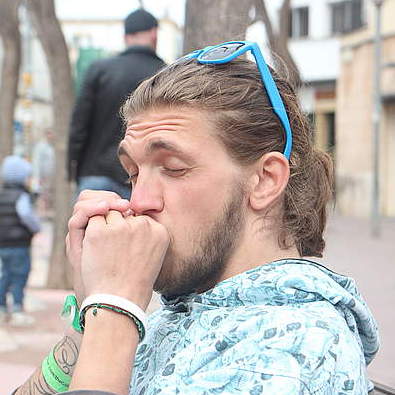 What is your favorite color of the rainbow?
Blue

As part of our star family and another ourself we would love to know more about you. What brought you to Galactic Spacebook and what facets are you most interested in?
It's an amazing ride :D

I want to connect with people who live in the cosmic time so that we can enjoy different perspectives and views on this aspect (time) and all the others :D

We've noticed that, more often than not, it is a fascinating story when someone shares how they learned about the Law of Time/13 Moon Calendar/Dreamspell. How or when did you learn about it? :)
I asked myself what is time and I received a wonderful fountain of information :D

I am currently into my second month of following the synchronic calendar and I have to say: "thank you!"

To Believe or to Know?

To Believe or to Know?
That is the question.

As for the answer, opinions vary.

The Greek philosopher Proclus demonstrated, based on Plato’s comments on the aspects of Being and Becoming, that Opinion or “Doxa” partakes of “that which comes into being and passes away in later time”.
Proclus also added that Opinion can be identified as being divisible and composite and as a major contributor in the process of…

Why did the Buddha teach?

"Why did the Buddha teach?"

A student asked an old seer:

“If the Buddha had no desires, why teach?”.

Thank you for your reply to my blog... I will respond shortly...

Planet Art Network is the globally autonomous movement of planetary kin all around the world! The…See More
Oct 3, 2020
53 Comments