The Inner Made Visible: Our Noospheric Creations

Greetings everyone! Use the comments section of this page to share anything you create as a result of your studies. For example: Your labyrinth that you draw for Week 1, your creations from Week 2, etc.

You need to be a member of Cultivating Inner Resonance: Path of the Galactic Masters - 28-day Mini-Course to add comments!

This week's activity was to take a conceptual and non-conceptual
doorway and reflect. Although I was supposed to take one of each, I
got as far as selecting the non-conceptual dooryway of number.

I then tried to relate number to the fibonacci sequence as shown in
nature to relate it to the physical and physiological doorway. I ran
across a [nice
page](http://britton.disted.camosun.bc.ca/fibslide/jbfibslide.htm)
which showed that the petals on flowers tends to relate to a fibonacci
sequence.

Let's first look at a wavespell of the finbonacci sequence --- the
first 13 fibonacci numbers:

Let's wax poetic about how this sequence was created. The void, the
nothingness was ZERO. Absolutely nothing. It began to conceive of
itself as some one thing. Thus the first two numbers in the sequence
model the nothingness thinking it is one thing, hence zero and one.

The next thing it did was add nothing to one and get 1. Then it added
1 to 1 and got 2 and so on and so forth. So this simple progression of
adding the two previoius to get the next leads to 144 as the final
number in our wavespell of fibonacci.

And let us note that at the very center of the fibonacci wavespell 8,
the symbol of infinity. And just beyond infinity is 13. Because nature
is composed of cycles within cycles and we know that theosophy finds 7
to be the ideal way to divide duality, it is no surprise that the 7th
position is 13. So within our 13 numbers, the 7th position is 13
itself.

Let us now add up some other things and see what we get. The two
primary numbers in the law of time are the timekeeping for the earth
and galactic timekeeping. So let's add 365 and 260. This gives us
625. But what is 625 but 25 multiplied by itself. And what is 25 but 5
multiplied by itself? And isnt 5 the number added to infinity (8) to
create 13. Or is 25 the sum of 12 and 13, the adding of the sinful 12
month gregorian calendar with the pure 13 moon calendar?

I dont know, but I can say that it is very relaxing to the mind to
make all these number connections. CHC IV states that number is what
created consciousness. 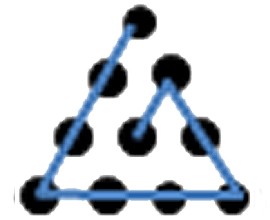 "....the center that is everywhere the center..." book of the Law. Crowley/Rose... my labyrinth is the trajectory of numbers thru-out the hypercube 21 X 21... 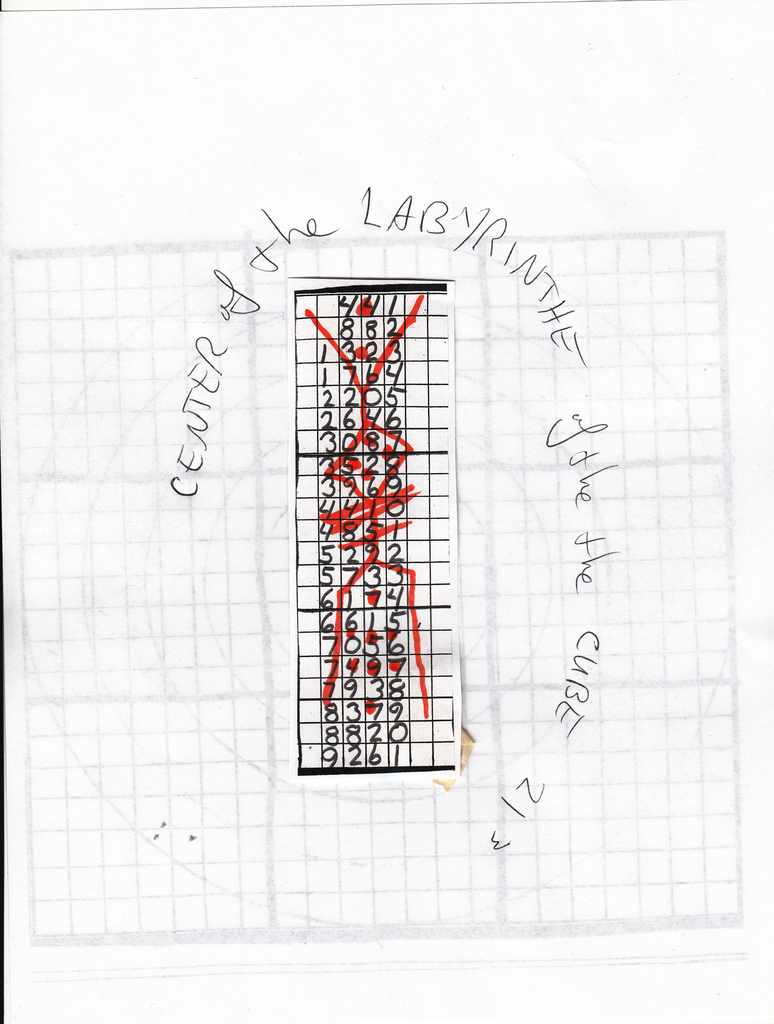 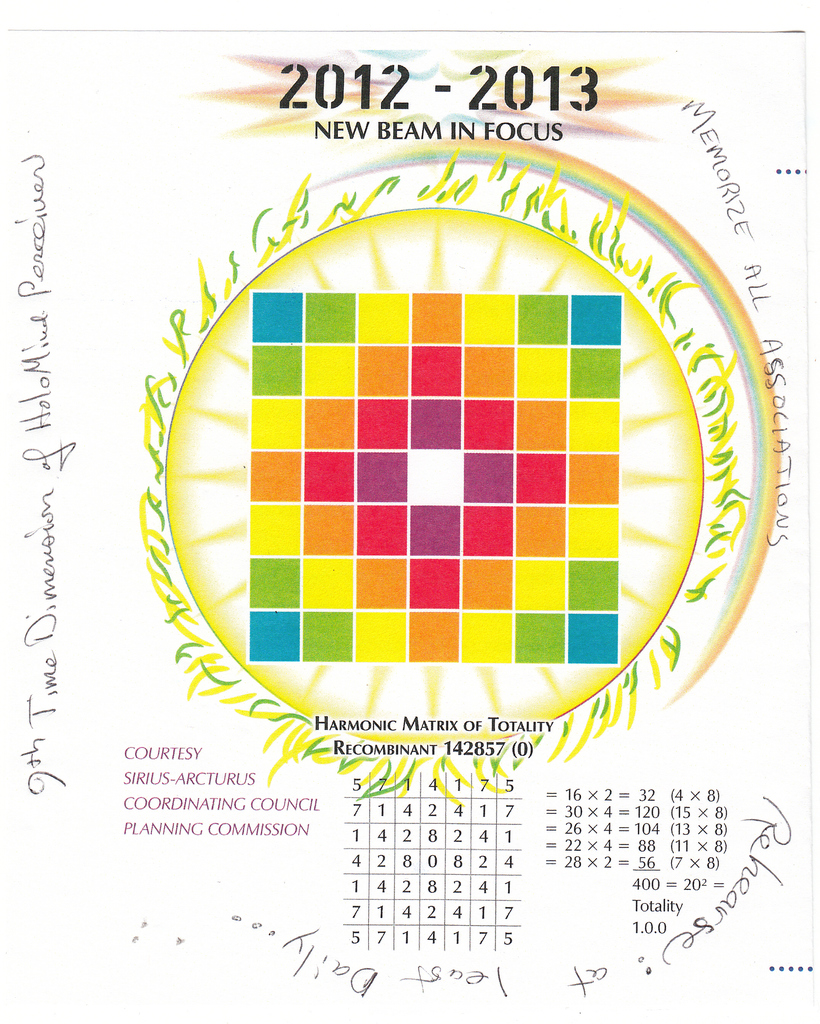 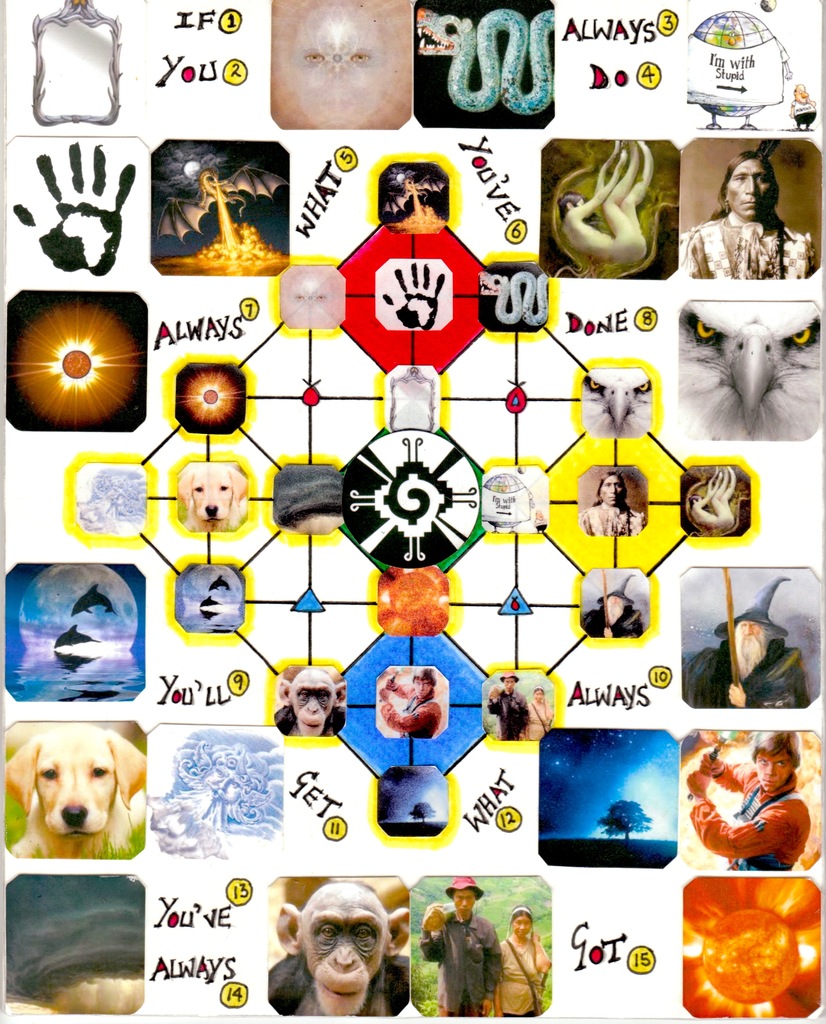 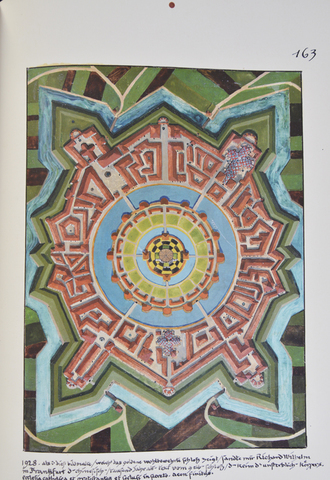 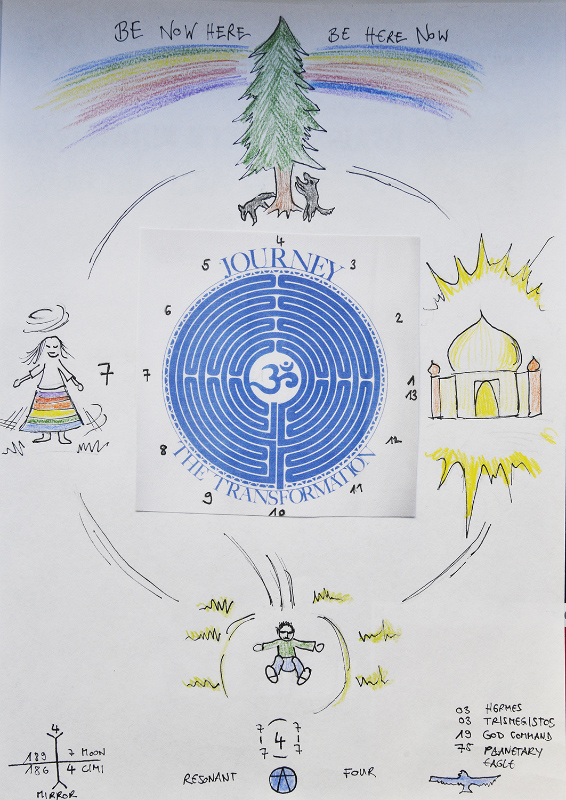 ...complementing the graphics on pg. 255, CHC IV... let us not fear the "down-below-that-absorbs-the-up-above", in order to reconstruct the "up-above" that serves the need of the "down-below", for the performance of the miracles of any & every, simultaneous time-vector-potentiality...