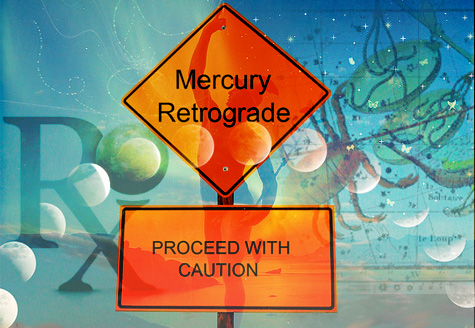 Through the 13:20 time lens we can see even deeper aspects of these cosmic time-windows: The past Lunar eclipse marked the entrance to the Self Existing Owl Moon of Form and the start of the last wavespell of this Galactic Spin: The Star wavespell of Elegance.  One of the unique attributes of the Law of Time and the Synchronic Order is precisely its simple, elegant and harmonic exactitude. On days like today, if we put attention and decide to dive into the ocean of time, we can appreciate amazing multidimensional waves of synchronicitiy arriving to the shores of our consciousness... Inviting us to jump on our surfboards, "ride the Zuvuya" and travel back and forward in time through these etheric time-wave tunnels... [...] "Synchronotron is a living transmission. We look at number and receive feedback . We are always operation in a higher system of telepathic frequency waves that are mathematically coded. Someone is trying to reach us and communicate. The noosphere is always being saturated with frequencies from higher councils. These frequencies are being consciously directed to our planet with different types of information which are actually instructions for preparation for 2012-2013."   -Valum Votan

Even more profoundly is the fact that this 20 baktun inscription demonstrates the complete power of the numbers 13 and 20 with the occulted interval of 7: 13 baktuns, encompass the great cycle of history, but 7 baktuns more define the great cycle of the sixth sun of the noosphere. 20 is the Mayan number of totality – meaning that the conclusion of 20 baktuns will mark a complete cycle of totality of the planet Earth – from the unconscious 13-baktun cycle of history, to the cosmic conscious 7-baktun cycle of the noosphere.

If 5125 years of operating by inharmonious and mechanistic standards of time produced the disaster of global civilization, what will 2760 years of operating by harmonic cycles of synchronization produce? Will this not be the true golden age of an enlightened humanity at one with the cosmos, at home and forever free on Timeship Earth 2013?

This portal continues tomorrow on KIN 252 (251+1!). 252 is another very powerful frequency rich in harmonic numerological elegance. Excerpt from 441 Number Dictionary:

Galactic Synchronization Energies are still arriving as BIG Time Beam Waves and this is a great opportunity to ride the winds of planetary transformation and allow them to carry us gently into the heavenly shores of the Noosphere...!

think I need to be reading this very thoroughly Reuben thankyou...as soon as I spotted it I saw the synchronic's that are happening , so as I am not as 'versed' in the 'history' of it all, Im sure this will help me a lot ..bless <3 ss.

For myself, yesterday was absolutely overflowing with magic.

Malaclypse the Elder replied to Levi Barak Shulman's discussion Official label for current 7 year cycle
"the description by Z, E, H. W. reminds me of channelings I have read re: Atlantis..."
yesterday