Meet Miss Nubbins....   she is one of the many members of the Galactic Federation, seeding the planet with Squirrelove.  Here she is hanging out inside while we wait for the storm to pass.  …

Welcome to the Yellow Cosmic Seed guided by the Star. If you've read my last post about the planetary lineup you should realize that the 3 planets Venus, Mercury and Jupiter are lining up in the sky today. They are in their closest conjunction today and tomorrow. That means they are bridging from this wavespell into the next wavespell and actually from this castle to the next castle. We're moving from the Yellow Human Wavespell of free will into the Red Serpent…

Music for oUR Navigation !

Here is some music i recorded,

An Essay on Reality

I found this meditation i'd once sent to Red Queen 23 before the Closing of the Cycle and i'd like to share it with us all here today.

When i wonder about the nature of reality
it can't be other than a dream
a neverending story, transcends time itself
past and future makes no sense at all when eternity is objectively conceived
the only source of life, information and experience is the present alone
here and now there can be…
Continue 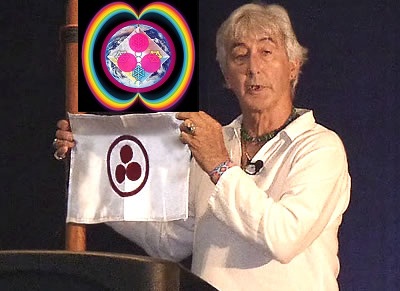 The Energy of Transformation ~ Earth Seeds

This communication is not intended as a treatise on working with beliefs. There are many such methodologies already available. That you are receiving this communication indicates that you have already progressed along that path.

Let us say only that the Earth, in this time which is your time, is now bathing in the energy of transformation. Be receptive to this energy and you cannot help but winnow out any limiting beliefs.…

The Nexus of Probability ~ Earth Seeds

We cannot stress this too strongly: you stand at a nexus of probabilities. From here, there are many directions in which you can go, not all of them pleasant. Yet there is the potential for you to step into a future where you will be born as Earth seeds, to take your rightful place among the stars.