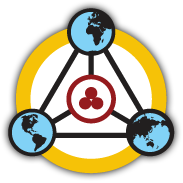 Foundation for the Law of Time's Friends

Foundation for the Law of Time's Groups

Foundation for the Law of Time's Discussions

Report of Peace from Chile

An open letter to all members of the galactic timeship!Here is a recent report from Chile on their Peace through…Continue

Intergalactic Bulletin #13 - Turn ON with the Holomind Perceiver
7 Replies

"The daily practices and kin codes of the Synchronotron are merely to enter you into the Cube. The real purpose of the Cube is to release your mind from temporal fictions into the telepathic…Continue

Started this discussion. Last reply by Malaclypse the Elder Apr 29, 2018.

Welcome to the Alternative Energy forum! Moving beyond the current paradigm of resource-draining energy technologies will be a great boon to future evolution of all of life on Earth! Creative…Continue

Guillermo Salmerón Pavez commented on Foundation for the Law of Time's page Kin Links
"p a n g e a . s p a c e Social network of the time empire of PanGea Planetary art network of my Graphic environment absolute  Offer a ludic belonging game based in the integration of time frecuencies, 12:60 also.  PanGea relates the…"
Feb 26

This group is set up as a space to hold discussion and exploration regarding crop circles and their appearance through the lens of the synchronic order. By looking up the date of the appearance of any crop circle and decoding that date, we can gain further insight into these star messages...See More
Jan 31
2 Comments

What is your favorite color of the rainbow?
All the colors!

As part of our star family and another ourself we would love to know more about you. What brought you to Galactic Spacebook and what facets are you most interested in?
Synchronicity!

We've noticed that, more often than not, it is a fascinating story when someone shares how they learned about the Law of Time/13 Moon Calendar/Dreamspell. How or when did you learn about it? :)
See "T(E)=Art - The Discovery of the Law of Time"

Foundation for the Law of Time's Photos

Foundation for the Law of Time's Videos

Cassandra Clapp said…
For the secret heart women's group in Florida Are there donations or help giveaways to help get people there who don't have the funds to get out there and attend?

Is it possible to change the color of the <H2> and <H3> tags inside <div class="xg_module_body">, "white" is almost invisible ion that area... 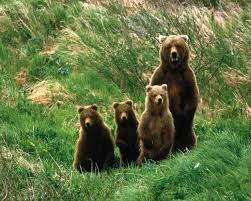 Nice To Be Friends!!!!....Foundation for the Law of Time Foundation for the Law of Time's Blog

"You may find this article helpful in covering this situation, Basic Universal Principles Upon Which…"
yesterday

"This is beautiful"
Wednesday