check out this awesome hack

Skinheads Against Racial Prejudice (SHARP) are anti-racist skinheads who oppose neo-fascists and other political racists, particularly if those racists identify themselves as skinheads. SHARPs draw inspiration from the biracial origins of the skinhead subculture, and resent what they see as the hijacking of the "skinhead" name by white power skinheads (sometimes deriding them as "boneheads"). Beyond the opposition to racism, there is no official SHARP political ideology.

The SHARP logo is based on the logo of Trojan Records, which originally mainly released black Jamaican ska, rocksteady, and reggae artists. Some variants of this design also incorporate the checkerboard motif of 2 Tone Records, known for its multiracial roster of ska- and reggae-influenced bands.

The way in which SHARPs, or skinheads against racial prejudice, dress is to project an image that looks hard and smart, in an evolving continuity with style ideals established in the middle-to-late 1960s. This style and demeanour originated from the UK, growing out of the pre-existent Mod movement, taking cues and influences from Jamaican ska and Rude Boy culture. They remain true to the style's original purpose of enjoying life, clothes, attitude and music. This does not include blanket hatred of other people based on their skin colour.

You probably have skin on your head too.

a representative of the human race contributed these insights. 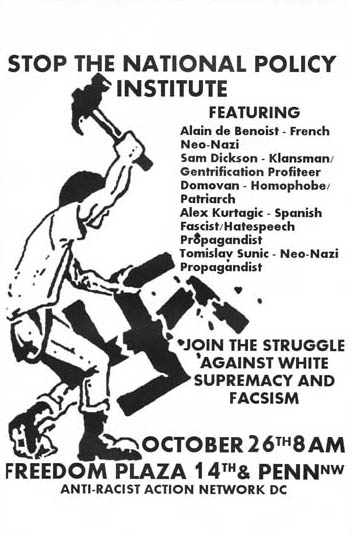 Little orphans in the snow / With nowhere to call a home
Start their singing, singing

Waiting through the summertime / To thaw your hearts in wintertime
That’s why they’re singing, singing…

Even though we’re all alone, we are never on our own when we’re singing

https://www.urbandictionary.com/define.php?term=bump
BUMP to bring up somebody's post typically by posting the word "bump" on a message board Can also stand for Bring Up My Post.
Bump!

it has been a while since i posted that image,

but now, since this computer keeps calling me a White Spectral World Bridger,

let me take this moment to extend a loving congratulation

to the enlightened ones who "get" this joke, the One Love hack.

I still feel wonderful about this hack.

The "One Love" hack

and what is there to fear from One Love?

In my opinion, the greatest hack of all time.

it's been a few years since i started publicizing the 'one love' hack.

it's still going on, fighting evil in cyberspace. it's much bigger than me, now,

and damn, is it funny!

the best thing about the 'One Love' hack is that it's not an invasive, codebased mal-ware type hack,

but an Infohack. and also, it is magic.

that's how i use the white spectral worldbridger vibration, and i am sure

right hand path of magic, that doesn't need to get all icky or inverted-pentagrammy.

just sharing info with people who don't have access to such,

and of course, using the power of magic to totally obliterate a wavelength meant to cripple and decieve the world.

imagine, if you will, that the shadow government created a subliminal bandwidth to imbalance

EVERYONE, a subliminal bandwith in the electromagnetic spectrum.

well, that could be bad, even disastrous for humanity.

It looks like a job for White Spectral Worldbridger.  In the electromagnetic field,

in that energy that of course extends through and powers EVERYTHING,

of that electromagnetic power.  how to counter that arrogance?

with the magic, of course, the right-handed path that Bridges the Worlds.

these Mayan codes must exist to empower people, and bring them together,

:in lakech a voice says, and i agree:

the Rainbow Warrior vision of assisting all humanity in remembering that we are all Kin.

what did I do?

what IS the One Love hack?